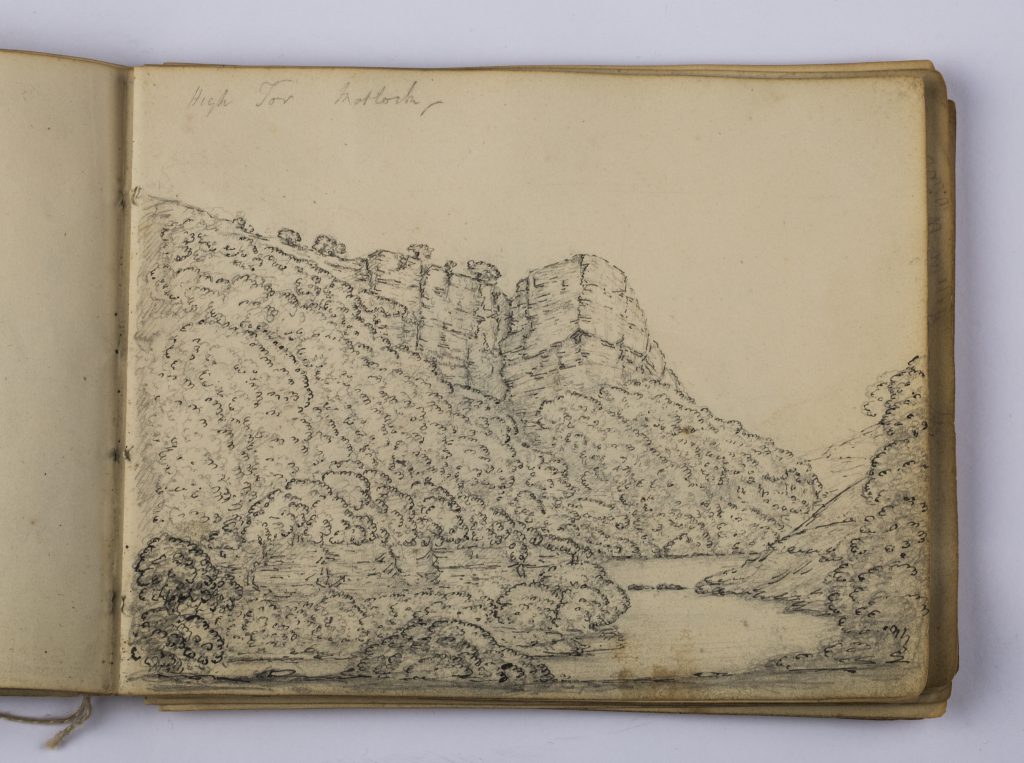 Matlock High Tor is a large limestone crag that sits above the River Derwent, just north of the village of Matlock Bath. The crag was highly praised for its picturesque beauty and was one of the most popular subject for visiting artists. When John Skinner visited in 1803 he wrote in his journal that ‘every step presented some new beauty and for the last mile to the Wells after crossing the bridge we enjoyed a succession of picturesque scenery scarcely to be equalled in the Kingdom’ (John Skinner, ‘Sketches in Derbyshire, Wales, etc’, British Library, MS 33640). Joseph Farrington visited Derbyshire in 1776 and 1791, yet when he came for the third time in 1801 the place had grown on him. He describes it in his diary, as being a place with ‘many proper things to study’ and a more pleasing a place for a painter than he had remembered. The views around Matlock also inspired William Gilpin who claimed that ‘every object here is sublime and wonderful’.