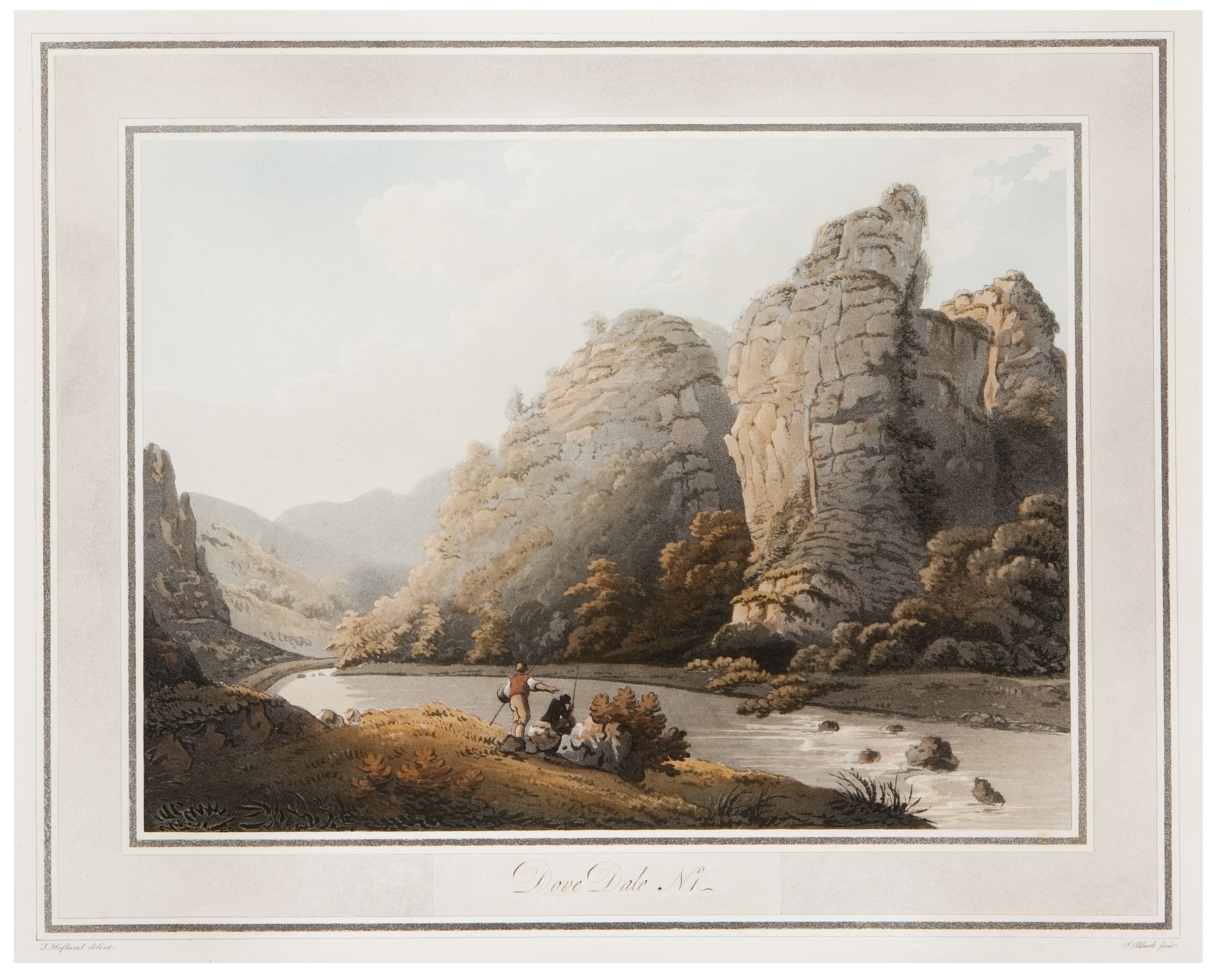 One in a series of aquatints of ‘Six Views in Derbyshire’. They were drawn ‘on the Spot’ and engraved by J. Bluck, printed by E. B. Robinson and published by Thomas Barber and Thomas Hofland in 1805.

This aquatint shows Church Rocks in Dovedale. The rock formations and caves in Dovedale were popular subjects for artists as they not only provided a sense of novelty and intrigue, but also the picturesque. When William Gilpin visited he wrote, ‘From the description given of Dove-dale even by men of taste, we had conceived it to be a scene rather of curiosity than of beauty. We supposed the rocks were formed into the most fantastic shapes; and expected to see a gigantic display of all the comic sections. But we were agreeably deceived. The whole composition is chaste, and picturesquely beautiful, to a high degree.’