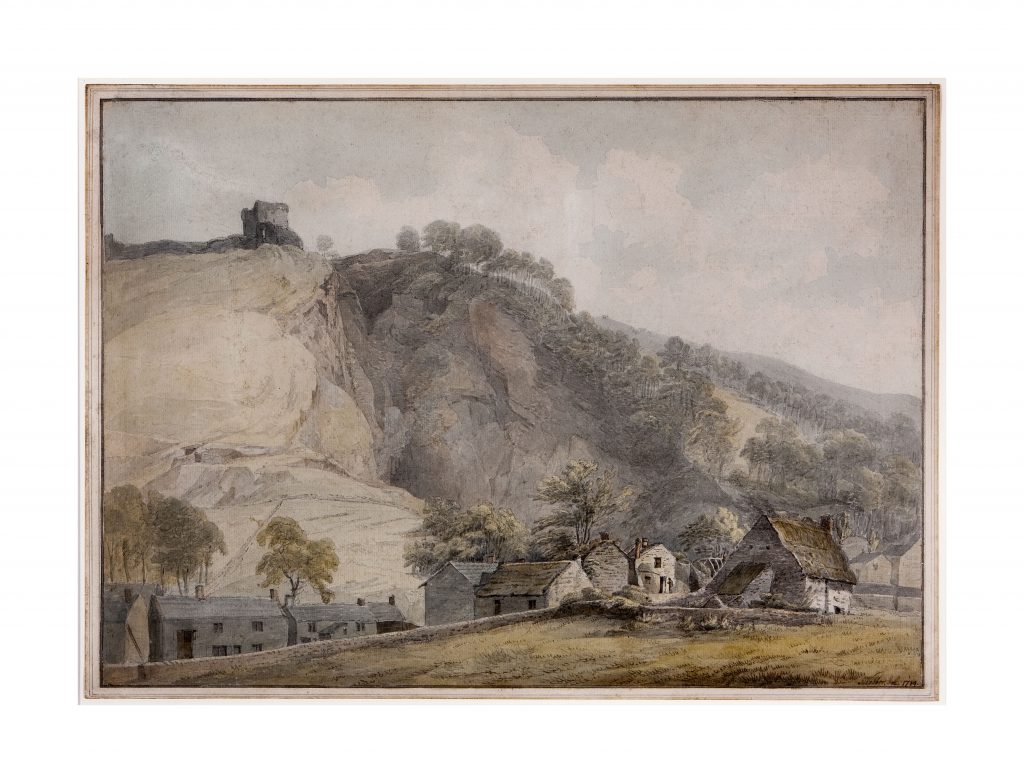 John Webber visited Derbyshire in 1789 when he toured the County with the amateur artist William Day (1764-1807). A decade earlier, Webber had been the official artist on Captain Cook's third and final circumnavigation. He exhibited this watercolour at the Royal Academy in 1781.

Both the interior and exterior of Peak Cavern were popular subjects for artists. From a distance, the entrance to the cavern added interest and shadow to the hillside and the scene is enhanced by the ruins of Peveril Castle which crowns the summit. Robert Kerr Porter the diplomat and artist sums up the view in an emphatically eighteenth-century style, when he writes that the ‘queer hole’ is ‘exquisitely befringed [sic] with hanging shrubs… on its summit is perched with much antique grandeur and pretty appearance, a castle whose age is vast, by the smallness of its remains’ (Robert Kerr Porter, ‘Journal of a tour in North Wales etc, 1799’, National Library of Wales, MS 12651B). This view featured in Thomas Smith’s 1743 engraving and it was later painted in watercolour by John Webber and Thomas Hearne.